While you were working ...

Well, it's true that it's my job to work on weekends, while Greg surfs and chills with his family, but ... I decided that Greg is right, and I have to lighten things up. So while you guys were reading mirror-related workmanship, I was

(a) partying in San Francisco at CNS with the TB East crowd and
(b) partying at drag brunch in DC ... 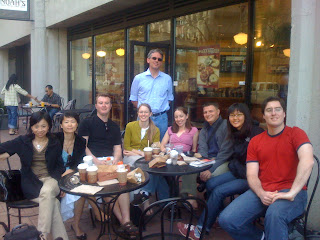 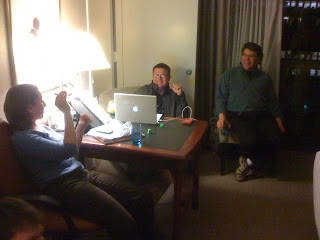 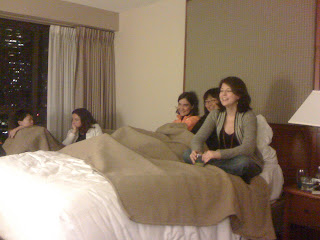 After the intense work (and tourism) at the CNS meeting -- more on that later -- it was critical to get back into the normal swing of things in DC, for which I recommend Drag Brunch at Perry's in Adams Morgan. Hip neighborhood and very therapeutic. And hilarious. Greg, can you find me in the pictures? It goes without saying that I was there principally for the food. Which is excellent. 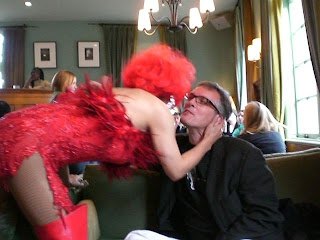 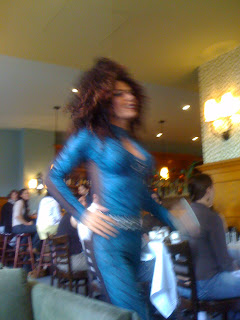 Posted by David Poeppel at 7:22 PM

Dude, this is a family blog... Now back to work. (You do look smashing in the blue ditty, however.)