We've filled up a fair amount of blog space lately talking about comparative neuroscience -- using functional anatomic data from one species (macaque monkey) to make inferences about the functional organization of neural systems in another (human). I am a big fan of comparative approaches. We can learn a lot from animal models. However, it is important to remember that we are dealing with systems which are not necessarily homologous. This is particularly true when we start talking about higher cognitive functions.

Given that the macaque is a favorite model for much human neuroscience generalization, it is instructive to remind ourselves that the macaque and human brains are rather different on gross examination as the images below make clear. BTW, this is a Macaca mulatta specimen -- a species used in much primate neuroscience research, but not the species in which mirror neurons were discovered which is Macaca nemestrina. But you get the idea. 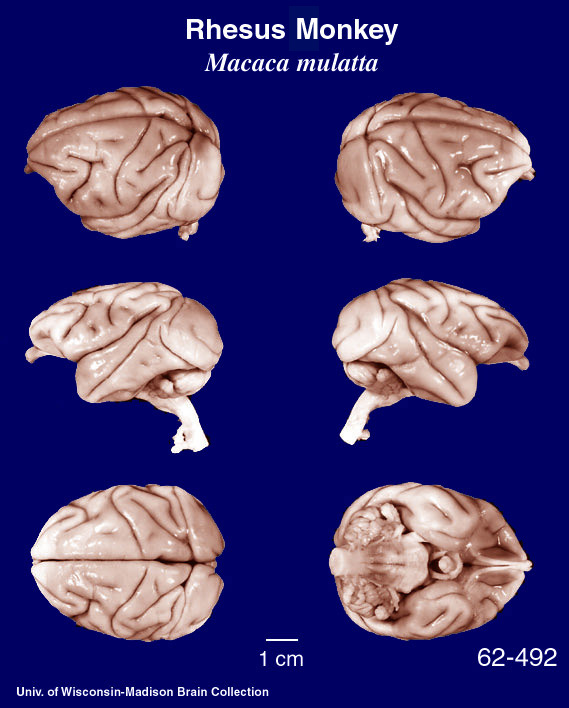 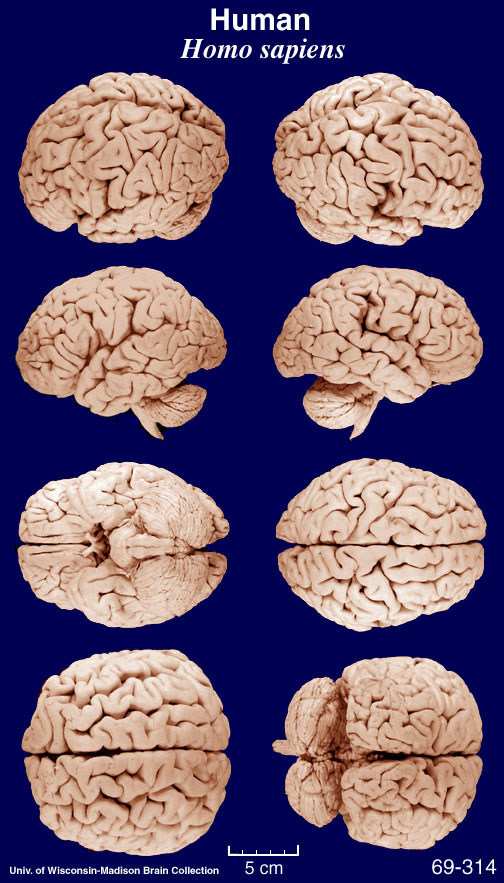 These images came from the Comparative Mammalian Brain Collections webpage.
Posted by Greg Hickok at 9:12 AM