Steve Small has been enticed to leave the Windy City where he was professor of Neurology and Psychology at the University of Chicago, and move to The OC in Southern California where he joins the faculty at UC Irvine as Chair of the Neurology Department. He will also have close ties to the Center for Cognitive Neuroscience and Department of Cognitive Sciences. Steve, of course, is a long-time, significant player in the world of Language Neuroscience. Besides his many publications, he is Editor-in-Chief of Brain and Language and led the effort to found the Neurobiology of Language Conference, which is gearing up for its second meeting.

Steve and I come from very different schools of thought when it comes to language generally: I was trained at MIT he was trained at CMU; he has been sympathetic to mirror neuron related approaches, me not so much. But, for those you expecting a bloody, glove-off battle, sorry... it turns out we agree on more things than either of us thought we would -- once you actually sit down and start talking that is. I am looking forward to working with him. For sure, the addition of Steve Small to our UC Irvine language science community will add a new dimension. I'm sure Steve and I will find a few things to debate, so it could be an interesting place to do doctoral or post-doc work. Stay tuned for future advertisements.

So what convinced Steve to come to Irvine? (Beside it being Talking Brains West, of course!) 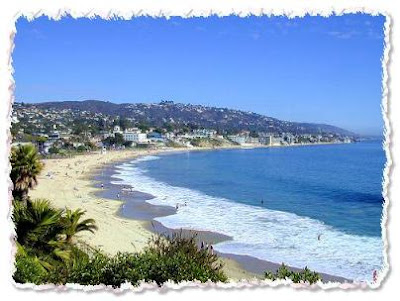 What would you choose?
Posted by Greg Hickok at 3:25 PM

Honestly, Chicago. I like snow. Boston doesn't have nearly enough. I like summer, too. It's good to live some place that has both.

You said that: "Steve and I come from very different schools of thought when it comes to language generally: I was trained at MIT he was trained at CMU; he has been sympathetic to mirror neuron related approaches, me not so much. But, for those you expecting a bloody, glove-off battle, sorry..."

just to mention that, apart from MIT and CMU, researchers are doing their best. From my part, i began working ten years ago in an abattoir... My point is mostly that of my students: Do you think that apart from MIT or CNU, they should quit about their researches? Of course not! So please the next time be more cool with your affiliation (MIT/Harvard/and so on...)!

Ok, so apparently the CMU vs. MIT comment doesn't translate well for those who are unfamiliar with language-related academic culture in the U.S. This was not intended as a statement about elitist academic pedigree, but rather the different philosophical approaches to language science that are characteristic of the culture at MIT vs. CMU. MIT tends toward nativist, Chomsky-style linguistics whereas CMU adopts a more empiricist data-driven approach. Think Nature vs. Nurture. It is this sense that Steve and I come from different traditions in Language Science. It has nothing to do with rich people wherever THEY are -- not in academia for sure.

Oups, sorry. I completely misunderstood your point about MIT and CMU. My apologies...