An even cooler demo of saccadic suppression?

The previous post described a demo of saccadic suppression (also described here) in which you get up close to a mirror and move your eyes back and forth while taking a selfie video.  Your own eye motion is typically not visible in the mirror but is quite visible in the selfie.

Is this just an effect in which signals from the retina are "shut down" during a rapid saccade?  To find out, try this: do the same experiment but instead of fixating on one eye then the other repeatedly, move your finger slowly back and forth right in front of your eyes.  Track the movement of your finger in the reflection so that your eyes and your finger are close to the same focal plane. 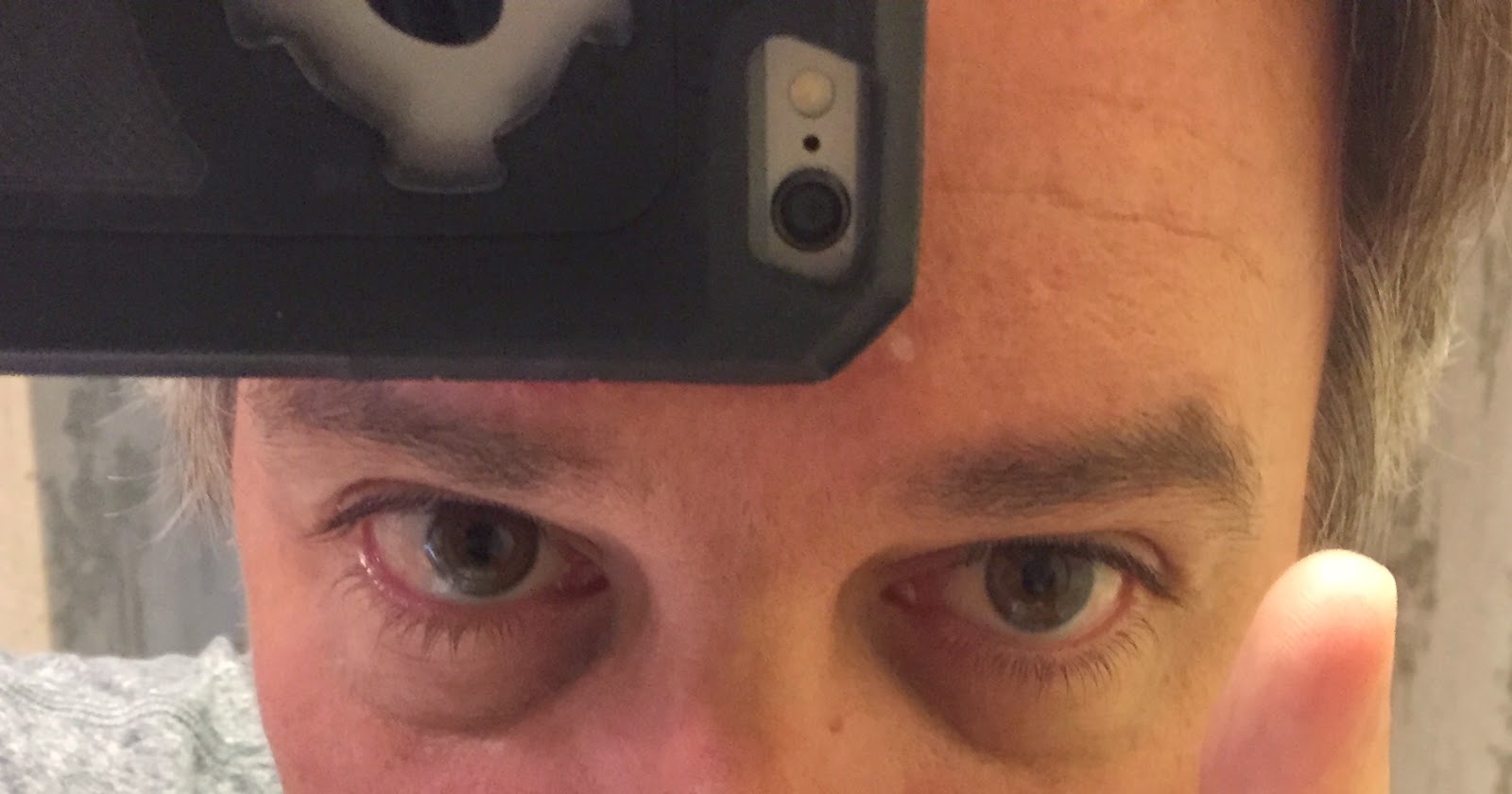 You will readily notice the movement of your finger (no surprise), but while still tracking your finger, direct your attention to your eyes.  Can you see them moving as they follow your finger? Or do they appear stationary?  Do this while taking a video selfie.  When you watch the video, do you see the movement of your eyes?  Let me know what you see!  For me there's a rather dramatic difference in the perception of my own slow tracking eye movements (they appear pretty much stationary in the mirror) versus my finger, which is obviously moving back and forth.